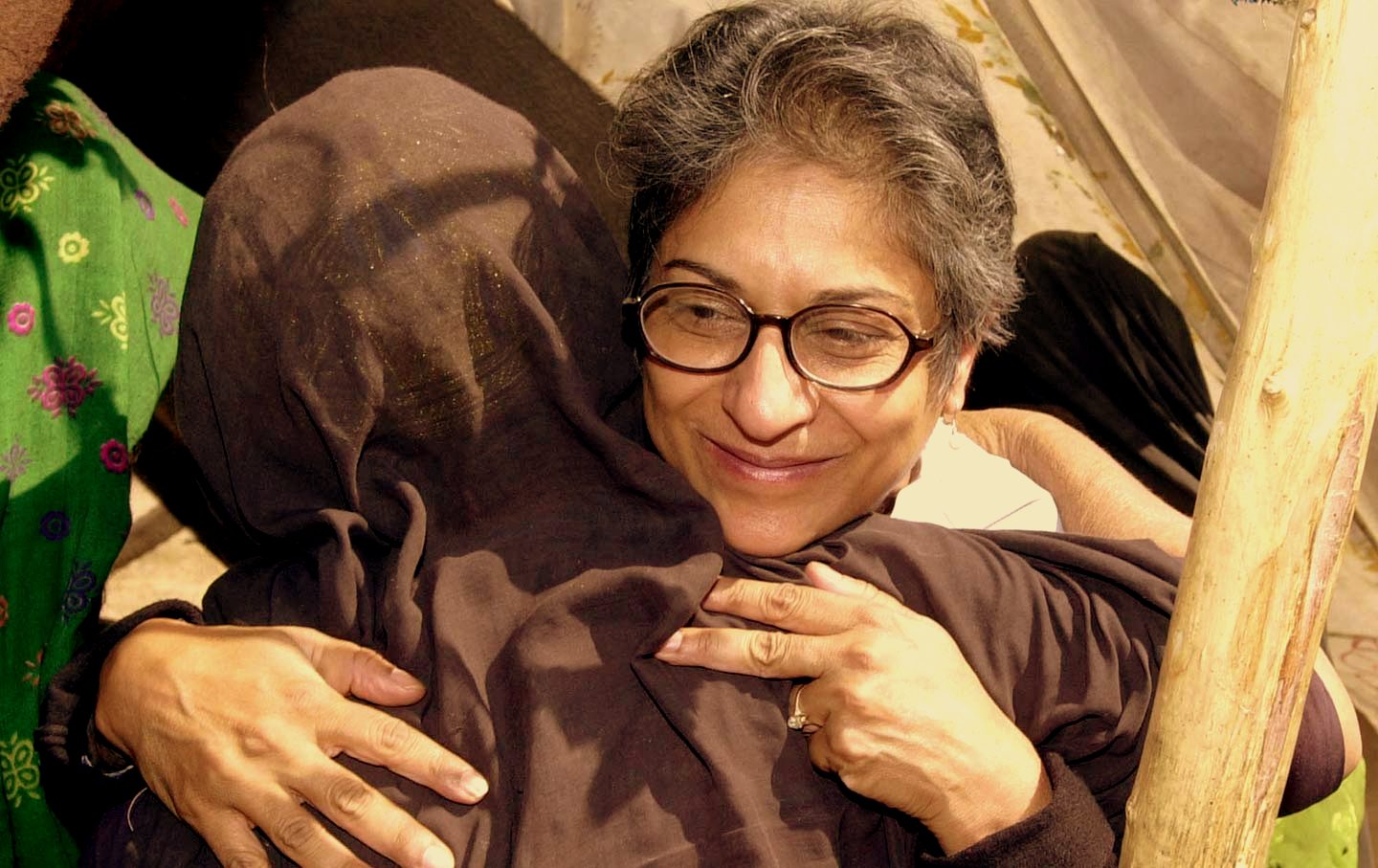 Posted by Geo.TV – Photo by AP/Apichart Weerawong
With thanks to Ayesha Malik and Noor Ejaz Chaudhry

When she was called a traitor some years ago, Asma Jahangir said, ‘Whatever I say today, you come to accept ten years later.’

In a way, Asma bibi’s life was a historian’s dream: she would telegraph, decades in advance, what the right side of history would be. And the rest of the country would plug its ears and shut its eyes. As it turns out, the truth tends to hurt.

And yet she lived the truth against all manner of militants, mobsters, and tyrants in sashes. It seems extraordinary now to think that when Yahya Khan put her father away – for opposing bloodshed in Bangladesh – this 18-year-old girl was filing petitions to free him.

‘(My father) remained in jail in Bannu,’ she said. ‘He remained in jail in Multan. But we were not allowed to go see him there…we always saw him in courts. So, for me, the court was a place were you dressed up to meet your father. It had a very nice feeling to it.’

That landmark case, Asma Jilani v. Government of Punjab, changed her forever. ‘You really felt this is the only institution you could get something,’ she said, ‘maybe not total justice, but something.’

The alternative to that something, an idle life at home, was never on the cards. She’d study law after marriage, otherwise she’d ‘end up going to all the coffee parties in the world, and looking like a pumpkin.’

Far beyond those coffee parties, Asma Jahangir would become the greatest human rights fighter in Pakistan’s history. And Yahya & Co. would spend the rest of their lives dodging the trial recommended by the Hamood-ur-Rehman Commission.

But though this is the lore of Asma bibi, we all know her story already. Up against a state that hates women as much as it adores authority, her rise reads like catharsis.

Because, in a society teeming with scandalized males, Asma moved women to act. As one interviewer told her, ‘You’re considered the reason behind every husband-and-wife spat in the country.’ Replied Asma bibi, ‘It’s because those husbands pick fights that their wives show up to my office in the first place.’ Today, an entire generation of women has come of age with Asma Jahangir as the light on their coast.

And she took as much pleasure in bolstering her gender as she did in betraying her class. Looking back, someone of her privilege could never have represented abducted Turks or bonded labourers or ostracized women. Someone without her courage would never have protected the country’s Saima Waheeds or Samia Sarwars – the latter of whom was shot dead in her Lahore office.

Yet she did: press coverage of Asma bibi almost always showed a woman in mid-rebellion – a whirl of elbows and megaphones and police brutality. There she stands against the Hudood Ordinances in 1983, parrying lathis, eyes ablaze. Then, decades after General Zia, she’s rallying the Lawyers’ Movement against disco despot Musharraf. A quarter-century from where we started, she’s charging against the Swat Taliban.

It’s no wonder that this lady, at five feet two, towered over the landscape: for a witless elite, she was the last call to action left – from the WAF to the MRD to the HRCP to the SCBA. ‘These days in Pakistan, staying up all night, drinking alcohol and sleeping during the day, is considered liberalism,’ she grumbled.

We are thankful she didn’t: one wonderful side to Asma bibi was that she really knew how to laugh. ‘I could have become a standup comedian,’ she said once, ‘which I do very well.’

Asma Jahangir understood the power of humour, and she deployed it against the humourless. She said the military establishment was into every business in this country, except hairdressing. She compared Zulfiqar Magsi, Balochistan’s bored, bloodshot ex-governor, to Shahrukh Khan. She thought jail ‘great fun’: ‘I never laughed as much as I did. We used to sing songs. We used to wax each other’s hair.’

Which is why, in a country that has its heart broken with consistency, Asma Jahangir was hilarious. She had to be.

‘There are times I’ve cried,’ she would say. And yet we only ever saw her laughing or fighting – victorious, glorious, in the arena until the very last bell.