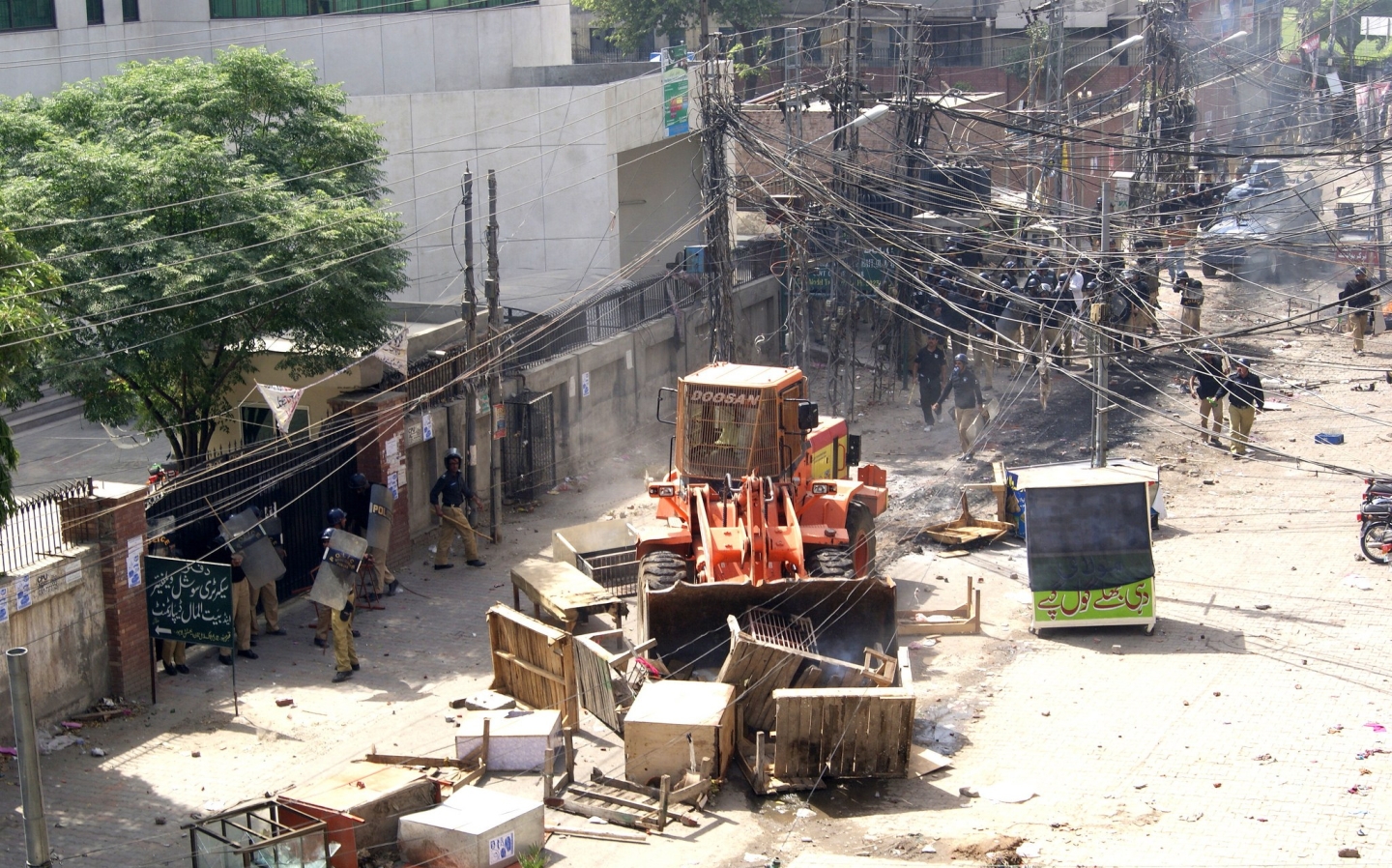 On 17 June 2014, members of the Punjab police opened fire on unarmed protestors of the Pakistan Awami Tehreek, killing 14 men and women.

In the four years since, choice of language tells us where different actors stand. The police call it an anti-encroachment drive; Tahir-ul-Qadri calls it ‘a continuous pain’. Parts of the press call it the Model Town incident, which brings to mind some civic curiosity: a cat stuck in a tree, or a transformer exploding in the rain. ‘Tragedy’ (read: lack of agency) has also done the rounds.

In fact, we manage to call Model Town everything except what it is – a massacre. The word is defined in Merriam-Webster’s as ‘an act or instance of killing a number of usually helpless or unresisting human beings.’ This being Punjab, where no such thing can be imagined, we’ll make do with ‘the tragedy’ for the time being.

We first turn to the Najafi report, authored by the one-man tribunal of inquiry, as ordered by the Punjab government itself. Three aspects bear mention.

The first is 16 June: per the report, a meeting was held ‘under the chairmanship’ of Punjab’s law minister, Rana Sanaullah, where it was decided to remove barriers around Idara Minhaj-ul-Quran and Qadri’s residence, 365-M Model Town. Punjab’s chief secretary ‘consented on the behalf of the Chief Minister Punjab for the removal of the barriers.’

The second regards the actual massacre. The police shot dead two women, Shazia and Tanzeela, while firing straight into the crowd – the latter supported by video footage. Zero footage shows firing from the PAT side, or any PAT worker even wielding a firearm.

The third points to a massive cover-up: the police didn’t ‘utter a single word about the person under whose command’ they resorted to firing. Both the IG Punjab and DCO Lahore were replaced ‘just before the bloodbath.’ The chief minister’s version that he ordered disengagement was unsupported. ‘It becomes crystal clear,’ writes Justice Najafi, ‘that order of disengagement was not passed at all.’

The report sums up, ‘The operation planned and designed under the chairmanship of the then-Law Minister resulted into gruesome killings could easily have been avoided,’ and ‘the police officers actively participated in the massacre.’ It goes on to conclude ‘the reader of this report can easily fix the responsibility of the unfortunate Minhaj-ul-Quran incident.’

The Shehbaz machine has seized upon these words, arguing that the author hasn’t really blamed anyone, but is inviting readers on a voyage of discovery instead. In light of 74 pages establishing the operation was ‘designed’ by the law minister and consented to by the chief secretary on behalf of the chief minister – whose disengagement defence was ‘an afterthought’ – this is a rather sunny take on things. Then again, such spin is also an afterthought: until the LHC made it public, Takht-i-Lahore fought to bury this report with manic energy and three appeals.

This finally brings us to the most recent LHC judgment, which decides a criminal revision against an order of the Anti-Terrorism Court hearing the Model Town case. The PAT’s revision challenges the ATC order to the extent of not summoning Shehbaz Sharif and his associates. The LHC bench has, by 2-1 majority, dismissed the revision citing, among other things, discrepancies in the FIRs and, by extension, the state’s case and the private complaint; the limited scope of inquiry under Section 202 of the CrPC; and that statements made to any inquiry tribunal, Justice Najafi’s included, are inadmissible in evidence – thus no case is made out.

Yet in an extraordinary dissent spanning 70 pages, Justice Muhammad Qasim Khan has reasoned to the contrary. Regarding the aspect of contradictory FIRs, the dissent cites Sughran Bibi v. The State (PLD 2018 SC 595), a landmark decision by a seven-member Supreme Court bench, authored by Justice Khosa. Sughran Bibi attempts to liberate our criminal justice system from the tyranny of the FIR, holding that it is merely that: ‘first information’ about a cognizable offence. Rather than equating it with the entire prosecution case, it is up to the investigating officer to dig out the truth.

Regarding inadmissibility, the dissent holds that even if the Najafi report didn’t have evidentiary value, the trial court could have called the report’s witnesses to record evidence under the same Section 202. Nor did the trial court factor in the 16 June meeting or another JIT report describing over five hundred policemen (along with a soon-to-be famous Gullu Butt) dispatched to remove a few barriers.

Though the majority decision holds the field today, we are again reminded of how vital dissents are in improving the application of law in this country.

And we are also reminded, if for the briefest of moments, that Model Town was in every sense a massacre. As with most massacres, justice is still awaited.