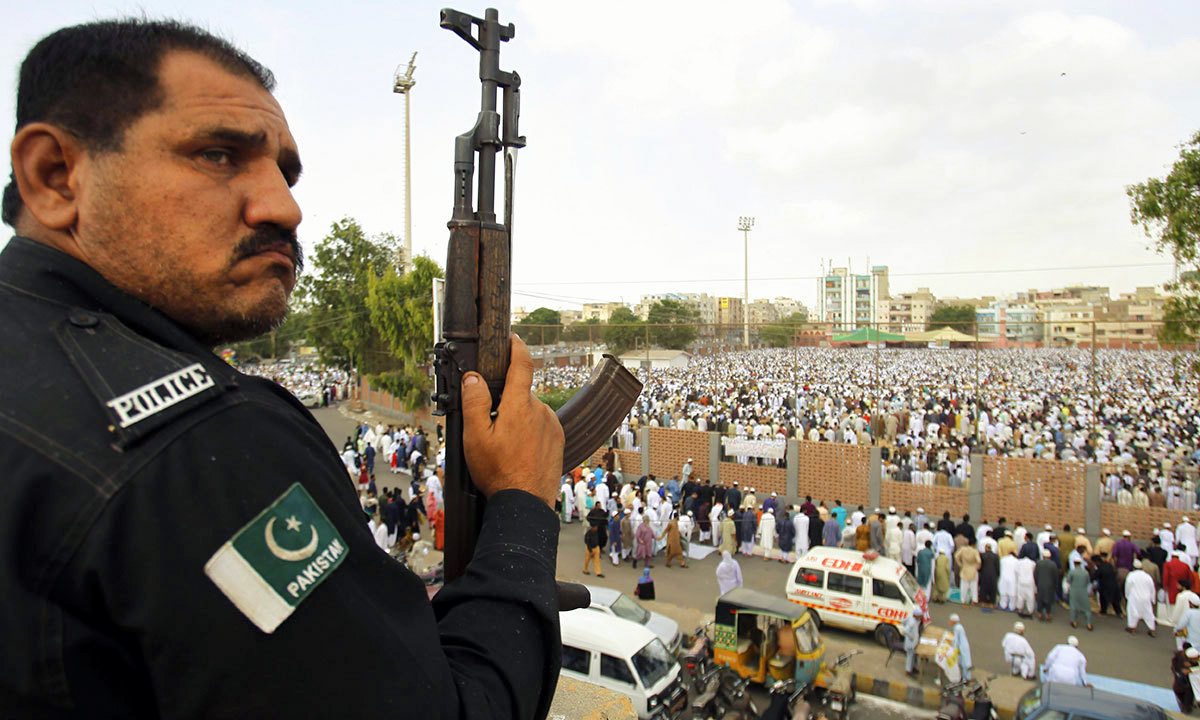 It was 1991 when they brought Rodney King out of his car, and beat him to a pulp. The Los Angeles police sergeant had him tasered, before ordering his men to ‘hit his joints, hit the wrists, hit his elbows, hit his knees, hit his ankles.’ Mr. King’s crime was speeding.

Though it was proven Mr. King was intoxicated at the time, nothing merited eleven skull fractures. Four officers were charged with assault and excessive use of force. All were acquitted, and riots followed.

The subtext, of course, was racial: Mr. King was black, the police were white, and justice was blind. But the theme stretches across the Americas and into Asia; a culture of police impunity. Last April marked the 30th anniversary the elder Mian sahib was first anointed C.M. Punjab. The results are before us: the Punjab police serve as a private goon squad.

We should have seen the signs. After all, little came of the Model Town massacre. Gullu Butt was made a punching bag, before becoming a punchline: who needs police reform when you can discuss a moustache straight out of Filmazia?

Nor did anything come of the treatment meted out to S.S.P. Muhammad Ali Nekokara, who refused to use force against P.T.I. and P.A.T. protestors in Islamabad three months later. ‘The use of force on a crowd of more than 30,000, including women and children, by a loosely integrated force,’ he wrote in a letter to the interior secretary ‘(…) entailed serious risk of misuse of authority (…)’. He was dismissed from service.

But then, this country has long demanded the careers of its finest – for doing the right thing. Mr. Nekokara’s words bring back Major-General Agha Zulfiqar Ali’s stand from 1977: as G.O.C. 10th Division, General Agha was ordered to open fire on anti-Bhutto civilians in Lahore. He refused, just as Brigadiers Niaz Ahmed, Muhammad Ashraf, and Ishtiaq Ali Khan refused. All three were demoted, then retired.

We name these men because we remember these men; history calls them heroes. But the system still stands: an executive that cares little for life, and armed servants that act as triggers.

So when riots hit Punjab again these past two days, it was more of the same. The legal fraternity was out on the streets, turning over police vans in Multan and raging across the Mall in Lahore. And the press was all over it: thugs in uniform, they said.

Without exception, the violence is wrong: lawyers are expected to be guardians of the law. But it would help if those expectations were across the board – seldom are the police held to a standard so high.

But that’s the tip of the iceberg: as the saying goes, for every rat we see, there are 50 we don’t. Daska, Model Town, and Joseph Colony are the daylight sins of an outfit that errs in the dark. The rot actually goes far deeper: false confessions, faulty investigations, and epic corruption.

And that’s not even touching the last great temple of Punjab policing: the thaana. In a joint study by Justice Project Pakistan and Yale Law School, the Faisalabad Police seemed little more than dungeon trolls. ‘Police beat victims, hang them by their arms or feet for hours on end, force them to witness the torture of others, and strip them naked and parade them in public,’ the study reads.

Of 1,867 Medico-Legal Certificates the study examined from 2006 to 2012, physicians’ assessments confirmed injury in 1,424. That’s 76%, and the details are horrific: rollers, chilli peppers, and midair suspensions.

And this, when we need these men the most. Terrorism moves towards urban centres, making the police our first line of defence. And since Punjab has become a hub of sectarian psychos, one would imagine police action in overdrive. It is, if against other targets.

Like last December, when blind men protested low government quotas outside the Lahore Press Club. The police were on hand, commemorating World Disability Day by thrashing the disabled. This paper called it ‘licensed thuggery’. Everyone else called it business as usual.

But it’s time our apathy ended: the brutality of the Punjab police can no longer be ignored, try as the Punjab government might. When India’s Jayaprakash Narayan was asked why police reforms sunk in the past, he said, ‘There is deep institutional reluctance to make rule of law real, because much of the power of the executive in a centralized, dysfunctional system is derived from the control of police.’ In other words, Raiwind Rulebook 101.

Yet the state must progress. A series of recommendations made by Asia Society require heeding, if three years late: that the Police Order of 2002 must be implemented uniformly; political pressure be minimized via security of tenure; salaries and working conditions be improved (a la the Motorway Police); an independent police complaints authority be established; hirings and promotions be overhauled; training be revamped to accommodate the needs of minorities; an expert cadre for terrorism be created from within; coordination be improved with intelligence agencies; and more women be encouraged to join.

A long path ahead, but one we must start down. Before all else though, S.H.O. Shehzad Warraich – if he did fire straight into Daska’s unarmed lawyers on 25 May – must be made to understand that murder carries consequences.

In a recent column, Fahd Husain was accosted by a police officer, ‘You look at Bollywood and Hollywood movies and their police is always shown as a hero, but in Pakistan we are always the villain…you media should please help improve our image in the eyes of the public.’

But what press campaign can upend that old truism: that art imitates life?