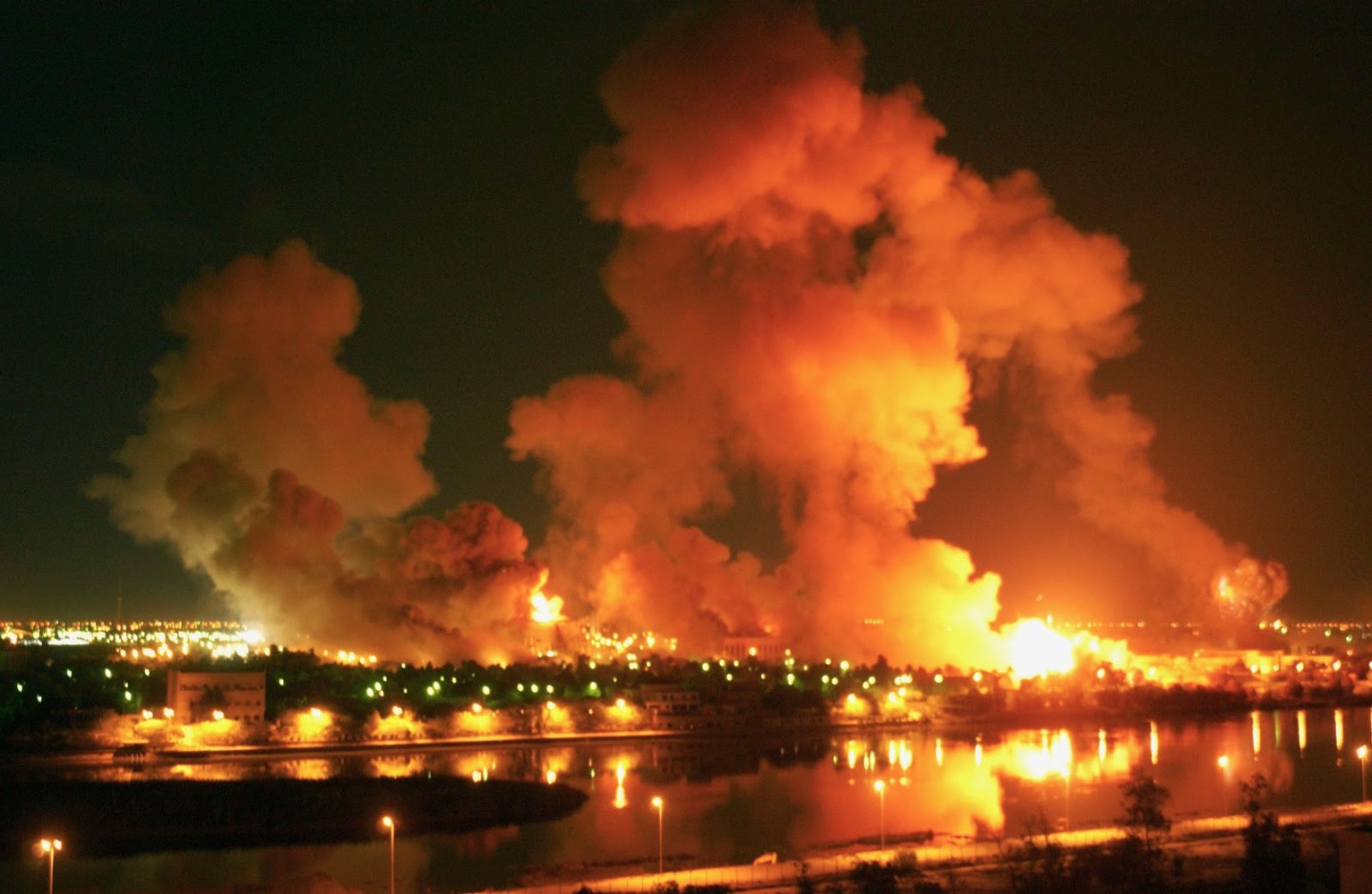 What makes it ugly is the timing: Bolton returns the same week the U.S. marks fifteen years since the invasion of Iraq. They may soon say of America what they said of every super-bureaucracy going back to the Bourbons – that they had learned nothing and forgotten nothing.

But it would be best to start forgetting. Fifteen years ago, George W. Bush reduced Iraq to a pile of ash. ‘This is the guy that tried to kill my dad,’ he said of Saddam Hussein, the first of many action drama salvos that would render intelligent debate meaningless.

And that’s what makes Year 15 so fascinating: America is selling Iraq to itself as an ‘error’, a ‘blunder’, and – beloved of the warzone reporter – a ‘quagmire’. Call it end-stage empire: bombing Baghdad is the coming-of-age story you avoid in polite company.

It also helps when there’s a new monster to fight in the form of President Donald. As comedian (and inoffensive diversity hire) Kumail Nanjiani tweeted rather gormlessly, ‘I support George W. Bush instead of tearing him down. We need all the allies we can get right now. He’s not blameless, but he’s here now.’

Which is odd, because Trump’s policies are largely the same as the Bush family’s, minus their Connecticut manners: the return of torture, the fetishization of Gitmo, the drumbeats of war, the fear of the Other. But that’s beside the point: between Bush’s rehab and Bolton’s recruitment, Iraq takes on the look of another sad goof-up from the past.

That is a lie. Just as this horror movie began on a false premise, it now ends on a note that’s equally false. Iraq wasn’t a mistake. It was a hostile takeover that left a million Iraqis dead. And it not only wrecked the fabric of American society from within, it permanently poisoned the idea of America from without.

The fact is, the U.S. had been in a bit of a flux since the death of communism. Between the Berlin Wall falling over and the twin towers falling in on themselves, there were no more worlds left to conquer. Gents like Fukuyama called it the end of history: the West had won, and we’d do best to hail the free market.

In that sense, Osama bin Laden’s rage aligned just fine with the ideas of the Republican Party, fighting a forever war with no end in sight. Terrorism seemed a permanent punching bag: in terms of a ‘war on terror’, how does one fight a noun?

It didn’t help that Bush ran into Washington’s most depraved double act while doing it: the ageless firm of Rumsfeld & Cheney. Dick and Don were empire-builders; inhaling oil via Halliburton, signing off on torture, and gleefully maiming civilians. ‘There aren’t any good targets in Afghanistan,’ sighed Rummy, ‘And there are lots of good targets in Iraq.’

After all, Iraq was never about WMDs in 2003, or liberty in 2004, or peace in 2007. It was about reshaping the Middle East and projecting Americana, and it was never really challenged. The liberal press ate up the war, warlords like Blair and Hillary cheered it on, and Muslim brother Saudi Arabia offered itself up as a staging ground. As Bush lackey Karl Rove denied ever saying, ‘We’re an empire now, and when we act, we create our own reality […] we’re history’s actors, and you, all of you, will be left to just study what we do.’

So it is, a generation later, that we study what they did – Iraq marked the fall of American supremacy. Ever since, Baghdad has escaped into Iran’s orbit, Syria has been ceded, Russia has resurged, and anger and misery have culminated in the age of Trump.

The story of the past fifteen years is the story of the Free World descending into the torture chamber, the rise of kill-at-will drone strikes, and the erosion of civil society to a heartless little nub.

And it marks so much of our story as well: Pakistan paid a terrible price for these terror wars. The state’s since embraced the language with great enthusiasm: extraordinary renditions, non-state actors, missing persons, IDPs, drone strikes. But should it become a part of our permanent vocabulary, we’ll be left fighting a forever war too. Fifteen years after Iraq, and seventeen after Afghanistan, a higher cost can hardly be imagined.