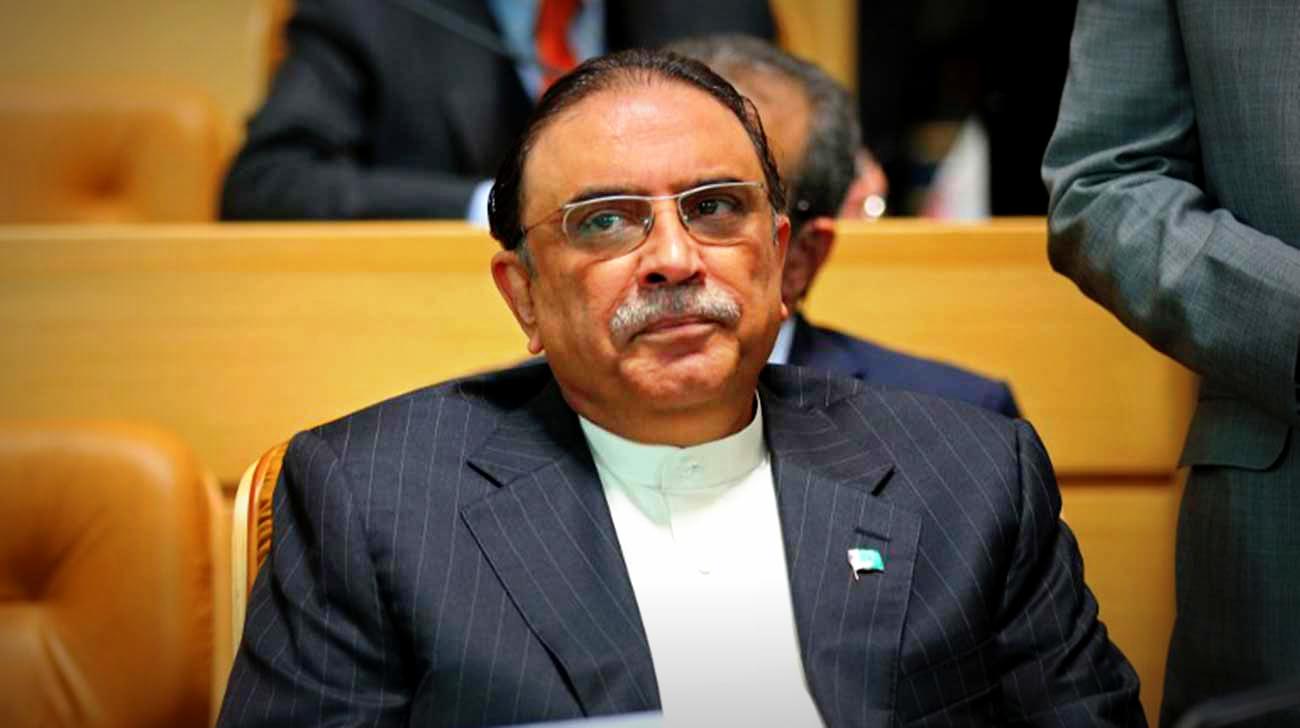 Huntington’s disease is a slow-moving, degenerative disorder. It becomes noticeable between the thirties and forties — reported symptoms include aggression, suicidal thoughts, and worsening previous addictions. And it sounds an awful lot like what one man’s leadership has done to a once-great party.

In 2007, when Asif Ali Zardari took over a shattered PPP, the party was 40-years-old, i.e. primed for prognosis. The PPP was no stranger to Zardaritis; it had first contracted it in ’87. But the spirit of Shaheed Benazir Bhutto was usually what beat it away: even as the First Husband disgraced himself in ’88 and ’96, the party faithful turned to BB.

But while the generals’ cavalries could be seen charging from miles away, Zardaritis ate away its insides. And when it comes to Shaheed BB’s two tragic terms, one wonders how far the ship may have sailed without its 10-tonne, Asif-shaped anchor.

But then 2008 happened, and the man who most poisoned the party’s last two stints in government was rewarded with the leadership. BB’s brain trust was pushed aside for Tappi, Talpur & Co. Even Punjab saw the Chaudhrys return; an unthinkable alliance between Houses Zulfi and Zahoor. Not to mention the constant calls from Zal Khalilzad, the Bush vulture that set up Karzai in Kabul (why have one pliant prezzie when you can have two?). It was, every step of the way, a recipe for disaster.

Seven years later, a cure has yet to be found. Bereft of Benazir, the PPP took up daydreaming — that Mr. Zardari was actually Chanakya with a centre-parting: a supreme wheeler-dealer who saw all the angles. A dream that went out the window last election, as Pakistan’s only national party was wiped out left, right, and centre.

Today, Team AZ tiptoes through the minefield that is Sindh, and its latest tenure reads like a B-movie script: accused by former best friends in cowboy hats, deserted by its promised boy-kings for shores foreign, and busy leveraging sugar cartels galore. Welcome to Stage 4 Zardaritis — as with cancer, there’s no Stage 5.

Which brings us to Tuesday’s meltdown. Prodded by the Rangers and poked by the establishment, Bilawal House has long been tied to the train track. The security forces have called out Sindh as an altogether different kind of cesspit: where everything from shanghaiing Irani diesel to running gangs in Lyari is patronised by ‘a large political party’, pumping billions in black cash.

Seeing as that happens to be true, the co-chairman saw it fit to bash the bashers instead… rather than try turning off the tap. Easily the PPP’s most uncomfortable speaker (with full command over neither English nor Urdu), Mr. Zardari’s address served as a 15-minute 101: as the man who tanked Pakistan’s most promising party thrice, the co-chairman is set to smash his own record going on four times now.

First: the refusal to reform. Faced with the PPP’s most recent rejection in Gilgit-Baltistan, Mr. Zardari grinned, ‘Whoever’s appointed commissioner or governor, is going to have their kind of election — even Musharraf’s won from there.’ With that, the GB file came to a close.

Mr. Zardari then went for his own Millionaire Mitt moment: during the last GOP debates, Mitt Romney made a casual bet, $10,000 in recession-time — making The Washington Post wonder whether ‘his wealth makes him out of touch with the economic concerns of average folks‘.

Similarly, Mr. Zardari started his speech with the party call of ‘roti, kapra, aur makaan‘. Then, describing how a jiyala was enticed with piles of cash, the co-chairman looked serious, ’24 crore rupay uss zamanay mein barra amount tha.’ We’ll take Mr. Zardari’s word for it: with all this inflation, a quarter of a billion must be chump change today.

Finally, AZ turned Amitabh, ‘I know the art of war better than anyone,’ said Mr. Zardari, whose civil apparatus handed Swat over to the Taliban. ‘Hoshiar, hoshiar, hoshiar.’

‘You’re here for three years, and then you’ll leave. But we’re staying here forever!’ yelled Mr. Zardari, presumably referring to the army chief’s term limit (‘forever’ may be true — the PPP recognises no term dates for its own leadership).

But it had better. Since being shunted to Sindh, Team AZ has seen the province in freefall. As Mr. Zahid Hussain aptly described yesterday, ‘Many analysts […] agree that the ineptitude of the Sindh government and the virtual collapse of civil law enforcement allowed the Rangers to fill the vacuum.’ The same admin, lest we forget, that cheer-led the Rangers cracking down on the MQM. So much for civilian supremacy.

That Mr. Zardari is now threatening to shed light on corruption ‘since the country was created’, is akin to Pope Benedict raging against child abuse. Mr. Zardari’s entire province is a Hunger Games match for competing mafias — land grabbers, water tankers, the PPP boys with alleged links to the SCBA — with no end in sight.

For their part, should the powers that be push for emergency in Sindh, we can be guaranteed the PPP being elected in forevermore. The democratic process must march on — in a single election cycle, the will of the people banished the centrish PML-Q, later the lefty PPP Sindh’s voters should be allowed the last word on their government — in 2018.

But before 2018, the PPP must rid itself of a man called ‘godfather’ by commentators as varied as Steve Coll and Tariq Ali. Because, at its purest, there’s nothing quite like the PPP: a party of social democrats (if made instead to salute the same feudal bloodline). Between the glass-and-gravel capitalists of the PML-N, and the as-yet abstract welfare model of the PTI, the PPP’s socialism enriches Pakistan’s political spectrum. There’s a lot at stake.

Zaradaritis turns 27 this December. Turning 30 — going into 2018 — may prove fatal for the patient.