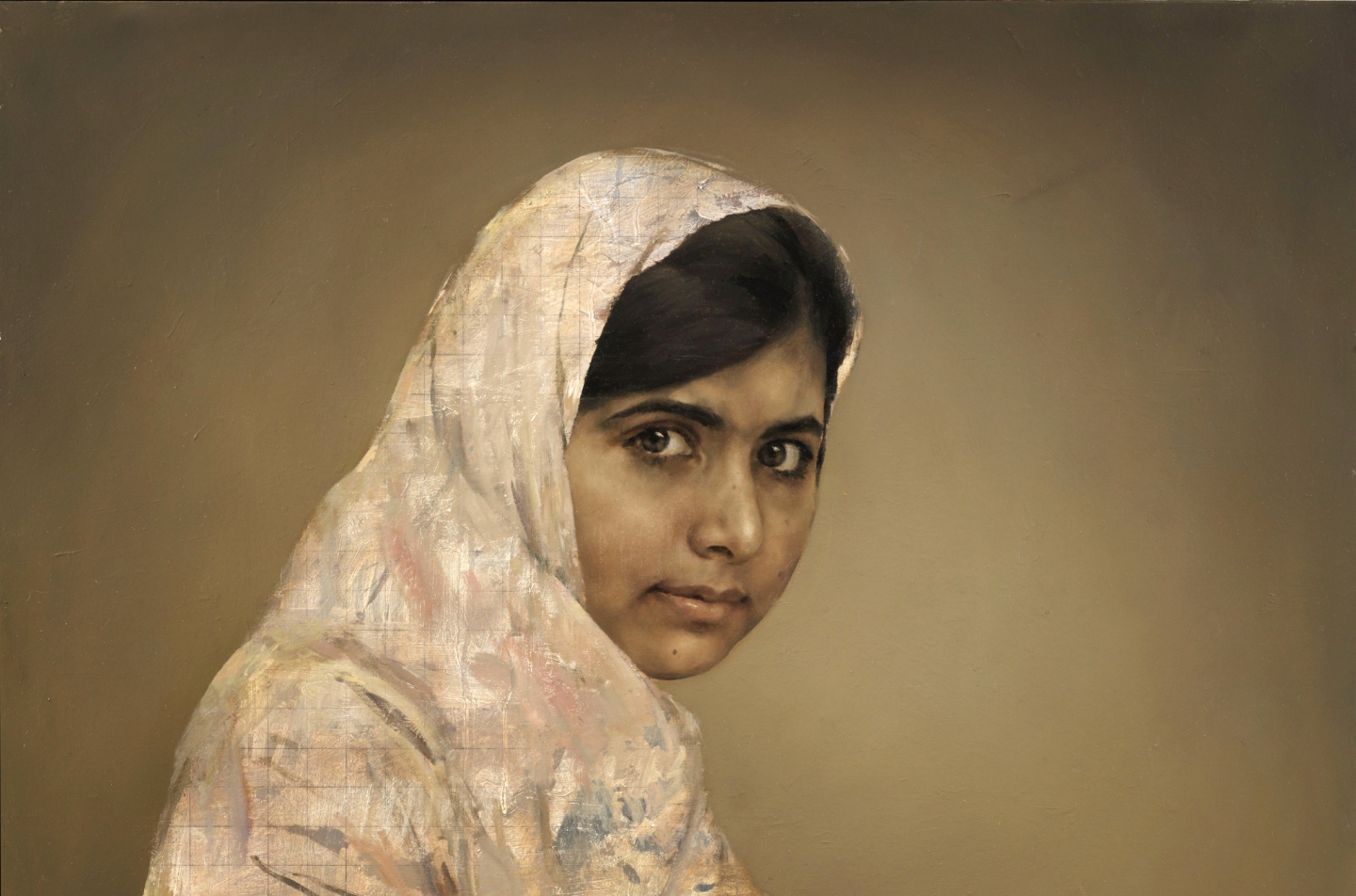 Published in The Express Tribune – cover art by Jonathan Yeo

We’ve heard about the last, lonely years of Dr. Abdus Salam, but what we’re hearing now might just be heartless.

A citizen is awarded the highest moral award of our civilisation (that it merits such status is another story). The winner is, in the words of a former committee chairman, a symbol ‘of goodwill and purity of heart all over the world.’ This is the Nobel Peace Prize after all, and it’s about the glory of the human ideal.

But then it all goes wrong. A local paper screams ‘not to provoke the […] people by rewarding this traitor to the nation.’ Parts of the press call our hero a ‘puppet’ and ‘an insult’ to the country. Our local laureate is feted abroad and unwanted at home. Yes, the sane voices sigh, we haven’t heard this one before.

Only, the story isn’t new. The winner was Carl von Ossietzky, awarded the world’s highest honour the same year he spent in a concentration camp; a ‘sickly little German’ who knew he’d die soon. Von Ossietzky was a pacifist in the worst place in the world for pacifists, and made to decline the prize by Nazi underboss Hermann Goering.

But Ossietzky scribbled a note from his hospital bed anyway, accepting his award and dying soon after. A furious Hitler forced each subsequent German laureate to decline the prize (all of whom would accept it after the Führer had shot himself).

The more things change, the more they stay the same. There is and always will be something fascist about the gents who get in the way of man’s potential for peace, for good and humane works — to doom them to wars and bombs and orphans instead.

Yet, as another Nobel Peace Prize winner put it, ‘the arc of the moral universe is long, but it bends towards justice.’ Today, the University of Oldenburg bears the name of Carl von Ossietzky. Adolf Hitler’s name is mud — flying his flag is a triable offence in three countries. As for Herr Goering, he acquainted himself with potassium cyanide the night before his hanging.

And a hundred years from now, when all of us are dead and gone, history will have long decided. Between Malala Yousafzai and Mullah Fazlullah, even Malala’s worst critics today would bet one way. Might we shuffle over to history’s right side in advance?

Again, that requires engaging with the detractors, not dismissing them — this is too critical a narrative for Malala’s defenders to be a minority in.

First, the collective shame business, i.e. the world’s recognition of Malala means the world’s recognition of Pakistan as a place where little girls get shot. That may be stretching it: Mother Teresa’s win in 1979 didn’t reduce India to a country of cholera, any more than honouring Dr. King dredged up memories of the Ku Klux Klan. By their very definition, a Nobel Peace Prize Laureate will fight their share of demons, and be celebrated for overcoming them. They are remembered for the good, not the bad.

Then, of course, there’s ‘Candidates More Deserving’. It should have been Edhi sahib, they say, an unsung angel they mention once a year (whenever Malala might win another award). But an award for Malala isn’t one less for Edhi sahib — the two are not in opposition to one another. If nothing else, her win leaves the door open for 2015, 2016, and any other year we’d want to spend making ad hominem arguments instead of volunteering at the Edhi Foundation.

Finally, the old charge: that Ms. Yousufzai is ‘being used’ by the West to peddle their grubby agenda. That agenda includes visiting Syrian refugee camps in Jordan, for whom she wants to raise 500 million dollars. It includes telling Barack Obama to his face — the least deserving Laureate since Israel’s Menachem Begin — that drone strikes must be stopped. It includes being the symbol of an educated Swat (though the world can always pick Sufi Muhammad’s tenure as an alternative). If that’s the West’s agenda, Pakistan might want in.

Arguments over, it’s time the state, the press, and the citizen step in — to ensure her cause touches as many lives as it can. Darrtay hain bandooqon walay was Habib Jalib’s original ode to Benazir Bhutto, and the P.P.P. has gone the furthest in owning Malala and her education drive. That is commendable, as is the Sindh government including her in school curricula. Ms Bhutto infamously snubbed Dr. Salam as prime minister, and one hopes this is a new dawn. With the Gilanis’ guards murdering a young man for nothing last week, the Party needs all the daylight it can get

Islamabad, meanwhile, lags well behind the P.P.P., but the P.M.L.-N. can be forgiven for its dulled reflexes; it’s been in a daze since 1990. Over in the opposition, despite congratulations from Imran Khan, the P.T.I.’s rank and file falls mostly along the rejectionist camp — banning Malala’s memoir in Khyber Pakhtunkhwa didn’t help. Mr. Khan should inspire party members to open their minds, or close their anonymous accounts.

That leads us to the serial offenders: the kindly new J.I. The party’s role in Dr. Salam’s life and death can’t be ignored, accepting Malala being honoured is only one measly step forward.

But in a way, the entire country is paying for what it did to Dr. Salam. Today, Jhang is associated with one other thing — and it’s not the Higgs particle. Here we are again, with a choice to make.

When Malala’s heart was failing in the intensive care unit of C.M.H. Peshawar, one of the few calls her father took was from the parents of Arfa Karim. Arfa was a child prodigy, becoming the world’s youngest Microsoft Certified Professional at the age of nine. She was also, by all accounts, a wonderful human being.

But in 2011, at the age of 16, Arfa passed away. When Arfa’s father called Malala’s, Ziauddin Yousufzai started crying on the phone. ‘Tell me how does one live without daughters?’ he asked. One may hope fewer Pakistanis have to ask themselves that question.