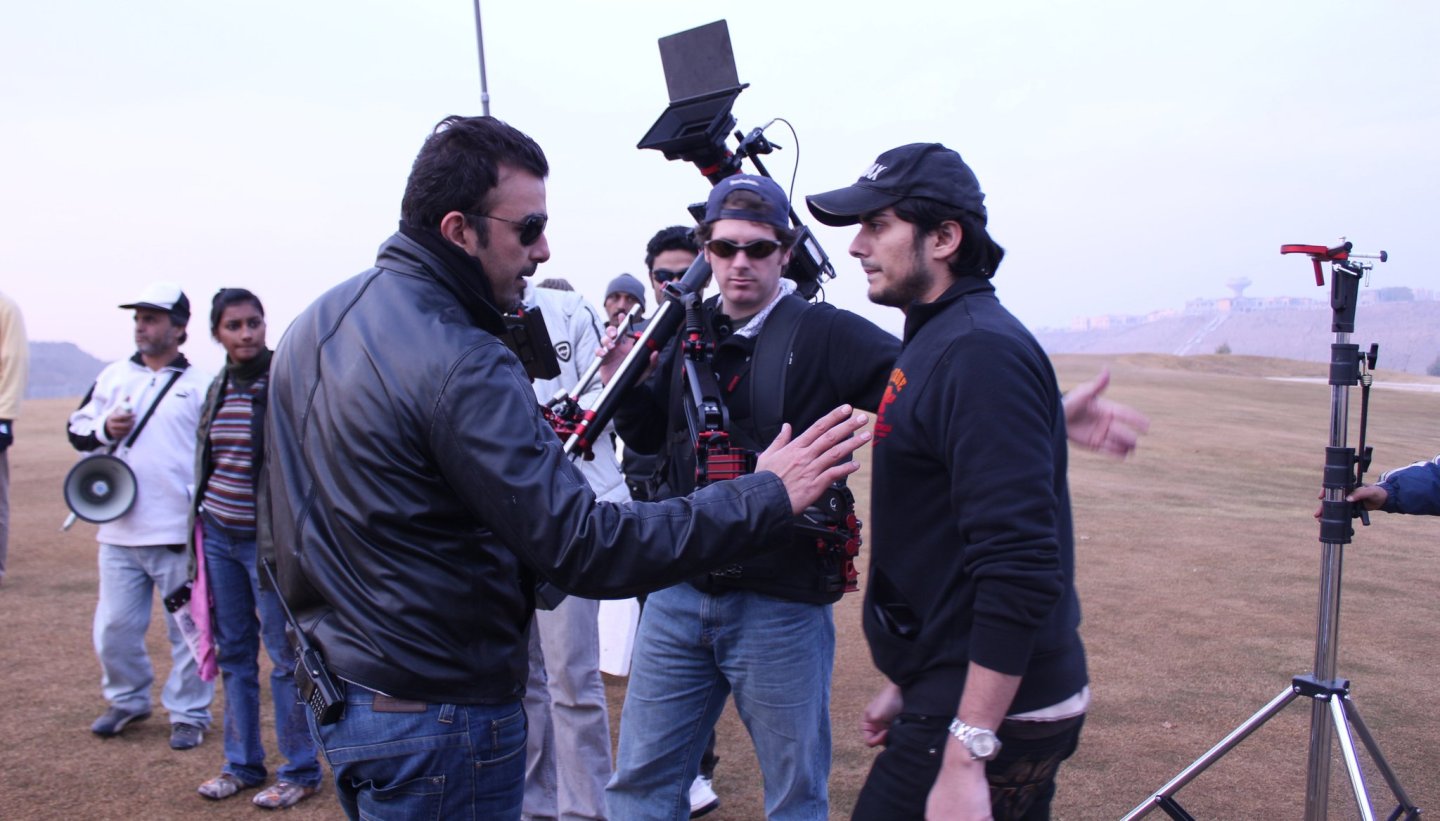 Between gunfire, bomb blasts, mood music, more bomb blasts, and the Lux Style Awards accents of some of its cast, there’s no doubting Waar is one noisy film. But as audiences everywhere sway in and out with the mono-named Shaan, seen here as a jaded army major – not jaded enough to refuse missions anyone else in their right mind would – there also came the sound of records being broken.

Waar scored Eid’s biggest-ever haul, and with reason. The movie understands the pop culture it panders to: the bad guy sneers at Pakistanis as ‘Pakis’, messiahs named Khan try to make quasi-Kalabagh Dams (while torn between village wives and modern mistresses), agents rescue Chinese engineers, and policemen throw themselves in the line of fire while singing the Qaumi Tarana.

Yes, it’s sheer entertainment, a ball of sleek camera cuts draped in white and green. Had the noise ended there, we could have all cheered for Pakistani cinema and gone home. But it didn’t; parts of the press were abuzz with anger. Internet People too fistfought back and forth with semi-coherent one-liners, much like the climax. A cliché-riddled action movie, of all things, became a point of contention.

From Misbah to Malala, Pakistanis just can’t appreciate a good thing. Yes, there are trends the film could have spun around than cop out to: relief workers have hidden agendas, majors enjoy torturing English-medium villains as much as Dick Cheney, and Pakistani terrorists are in the pay of R.A.W. ballerinas (U.S.D. accepted).

Yet none of this figured as a major critique. Waar, most critics screamed, is an ISPR ego project. Not true, director Bilal Lashari said, Waar wasn’t funded by the Boys – that was another film called Glorious Resolve (as with Operations Gibraltar, Righteous Path, and Way Unto Salvation, I.S.P.R. titles often have an Old Testament ring to them). But let’s say though that it was I.S.P.R.-funded.

Which begs the question, so what? If a liberal outfit was to pump as many millions into a movie where Baloch rebels storm parliament, repeal the Objectives Resolution, reintroduce Comparative Religions class to L.G.S. 55-Main, and climax in a Mexican Standoff with Maya Khan…chances are we’d watch that too. The point is the film industry should breathe again, and that local talent find a reason to stay local.

Second, if chest-thumping explosion-fests aren’t your thing, support another project. Or try Bol, guaranteed to make you miserable –Atif Aslam gets the easily preyed-upon Saifoo Jaani a job with truck drivers; Saifoo Jaani is preyed upon by truck drivers. But like Waar, it gets the discussion going. More interest means more movies and ultimately more range.

Third, we need a narrative. There’s a reason a land that entertains female feticide, Maoist rebellions, and Muslim-culling Modi as P.M. material can call itself India Shining. It’s the same reason Ahmed Rashid’s cheery books on Pakistan sell so well, titles ranging from Descent Into Chaos to On the Brink.

It’s called projection. Bollywood’s sheer pull, the way it winks at audiences abroad while moving the masses at home, is a thing to behold and, yes, to imitate (in terms of influence, not saas-bahu serials that send P.E.M.R.A. into a tizzy). From Karan Johar’s saccharine escapism to hardboiled border epics post-Kargil, Bollywood knows the power of a good story or, if nothing else, a well-shot one. A country with no foreign minister, no foreign policy, no tourism, and no narrative does not. And when our own President says Pakistan will improve – only because it cannot get any worse – well, we need all the P.R. help we can get.

That’s where Waar comes in. As with Khuda Ke Liye on dogma, or Bol on birth control, Waar has a core message: terrorism is bad for Pakistan, and Pakistanis require protection from that terrorism. Surely logic this obvious needs explaining to the blind alone?

Well, look around us. The response to the shahadat of Israrullah Gandapur was vague words about vague talks with vague outfits, none of which made sense. God rest his soul – the next news-cycle will hit, more people will die, and we’ll say stupid things again. Implement that damn A.P.C., the P.T.I. says.

But what was the A.P.C.? A bunch of uncles with waistcoats and water bottles, suggesting talking to much younger, much harder, much sharper desperadoes. Doesn’t sound like a lot to implement, but the P.T.I.’s won five years to figure that out. A law minister dies, and the law dies with him.

In another lawless place in ‘79, Iran was dropping to its knees before the strange, surreal charisma of Ruhollah Khomeini. Some of the faithful were even moved to break through the American Embassy with wire-cutters, taking 52 Americans hostage. It would become a year-long episode that ruined Jimmy Carter and humiliated America.

Rescue choppers ran into each other, soldiers died, and Khomeini’s legend burned itself into the Iranian consciousness. Not content with forcing him from office, Iran waited until Carter physically stepped out of the White House before releasing all hostages – right into the welcoming arms of Ronald Reagan, B-movie hero to the very end.

But over 30 years later, a film called Argo was sending theatre-goers cartwheeling in the streets. Directed by Ben Affleck, Argo dealt with the Canadian ambassador’s real-life helping of Americans out of Tehran during the crisis. The film instead hailed the C.I.A. as saviour against mobs of manic Persians, and won Best Picture gold for it.

Even poor Jimmy put in an appearance to say, ‘90 percent of the contributions to the ideas…was Canadian, and the movie gives almost full credit to the C.I.A.’ But that wasn’t the point: one of the saddest setbacks in American history became a feel-good adventure costarring Bryan Cranston. Projection at its purest.